This is my second post in the Statistics series. ( Previous post about the Law of Large Numbers) The aim of this series is to present various statistical topics in an easy to grasp visual way without going very deep in mathematical formulas.

The topic of this post is the Central Limit Theorem.

The Central Limit Theorem establishes that, in many situations, when independent random variables are summed up, their properly normalized sum tends toward a normal distribution (informally a bell curve) even if the original variables themselves are not normally distributed.

Let’s try to map the words in the definition to mathematical constructions.

Here we assume that we have n random variables with the same underlying probability distribution.

These random variables are independent and identically distributed (i.i.d.).
Furthermore, they have the following characteristics:

Normalising the sum of these variables means creating a new random variable with an expected value of 0 and variance of 1. Let’s see how this can be done in practice.

We start out with the sum of the random variables we defined above and we will also give it a name so that we can work with it more easily. $$ A = \sum_{i=1}^n X_i $$

(1) is possible via the linearity of expectations.

But this is where our assumption of independent random variables comes into play to save the day. Linearity holds in the case of independence as the covariances between the variables are all equal to 0. Which means:

This is the easier of the two as we simply need to subtract the expected value of A from A. Let’s see that:

In order to set the variance to 1 we need to divide the random variable by the square root of its variance:

Putting both results together we can create the properly normalized sum:

Tends toward a normal distribution 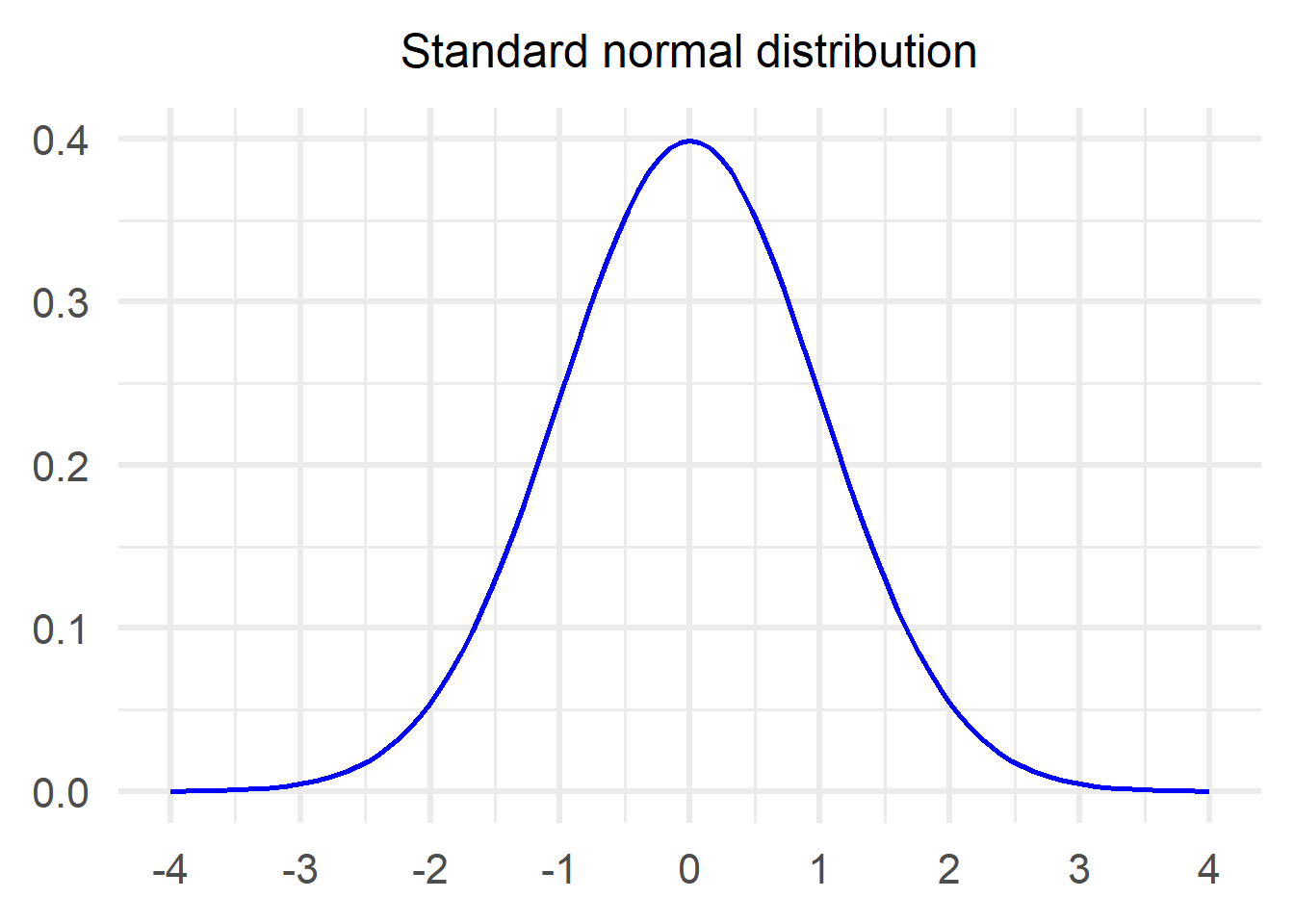 In mathematical notation the Central Limit Theorem looks like this:

Let’s take a minute to digest what the theorem says:
Without making any assumptions about the distribution of the initial random variables (Xi), it tells us that if you take many of them (n), sum and normalize them, their normalized sum will follow approximately a standard normal distribution.
This is an incredible statement to make with so little knowledge!

Depending on the book/course/class, there are equivalent formulations of the CLT that might be used (I was very confused by those initially). Here are some of them and what manipulation is used:

Multiplying both sides by σ to remove the denominator

Population, sample and number of experiments

As you can imagine, in order to see whether the theorem holds and how it looks like in practice we need to compare the actual normalized sample mean distribution with the normal distribution (which is the theoretical one we approach in the limit).
Based on the formula above, all we need is the Xi, μ, σ and n.
But here take pause. Imagine that I give you n=30, specify the realisations of all 30 Xis as well as μ and σ. Put them all together and what you have is a single value. How are we supposed to compare that with a distribution?

In order to understand the process better let’s define the concepts of population, sample and number of experiments through an example: Voting

But as you can imagine, it is not always easy to get your hands on the population. For various reasons (money, time, etc.) we might be able to poll only a subset of the population in order to produce an estimate. For example it could be that we can only poll 50 people. This is a sample with a sample size of 50.

⚠️ The naming convention that I used in the paragraph above is how I understand the process. Unfortunately, I could not find consistent naming conventions. If you have any suggestion that is clearer/more widely accepted, please let me know!

In our first example, we assume the following:

We need the expected value and the variance of the distribution to proceed:

The process we are going to follow in order to compare with the normal distribution is the following:

Performing 100 experiments with a sample size of 50

The next step is to convert the above dot plot into a histogram: 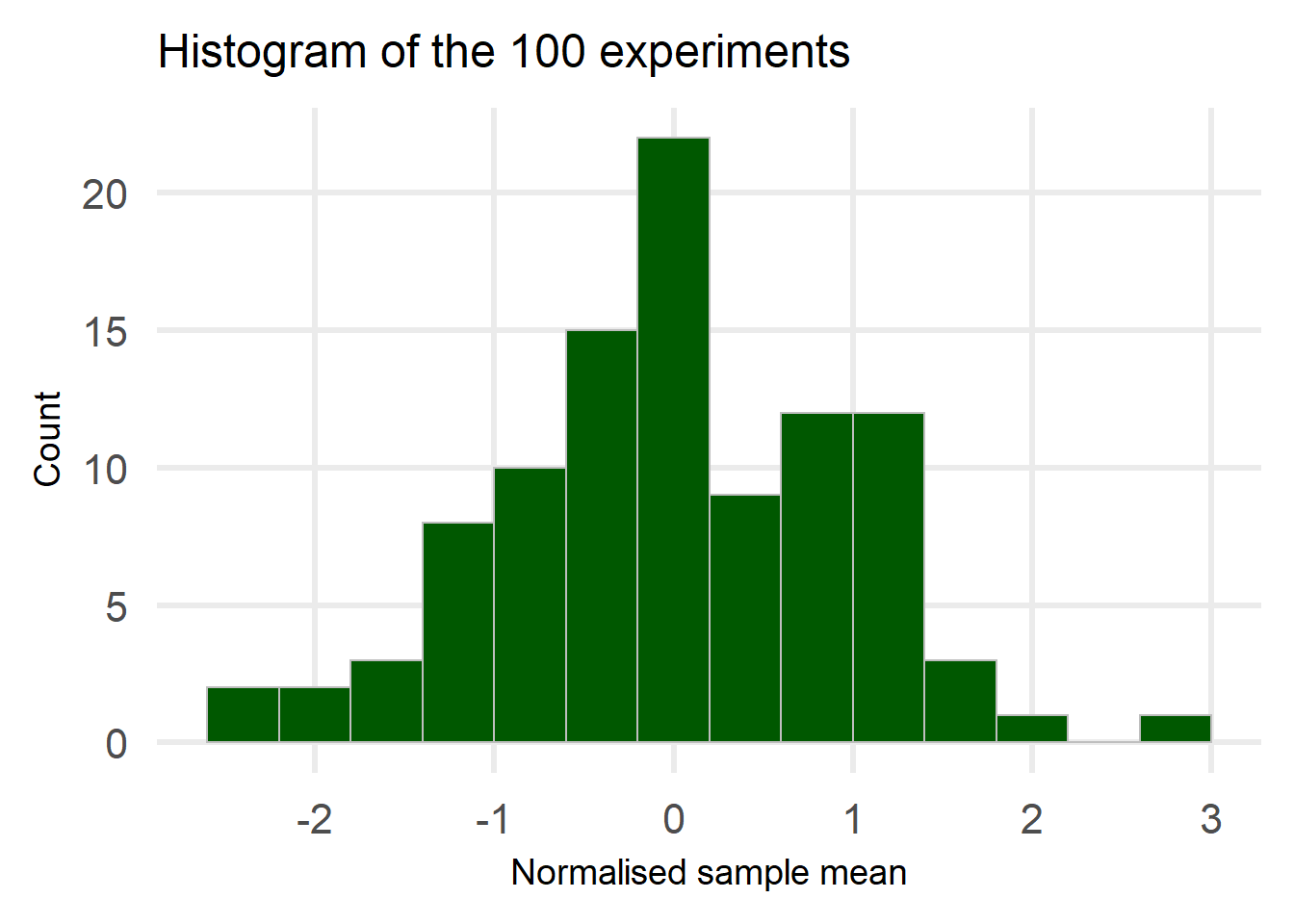 The histogram is nothing more than the points from the previous plot converted into bars.
One problem remains before we do the comparison: The histogram currently counts the number of experiments that fell into each bin but we want to compare this to a normal distribution.

The solution to this problem is to switch from count to frequency, e.g. if a bin contains 10 experiments and we have performed 100 experiments in total then the frequency of that bin is 10/100=0.1. 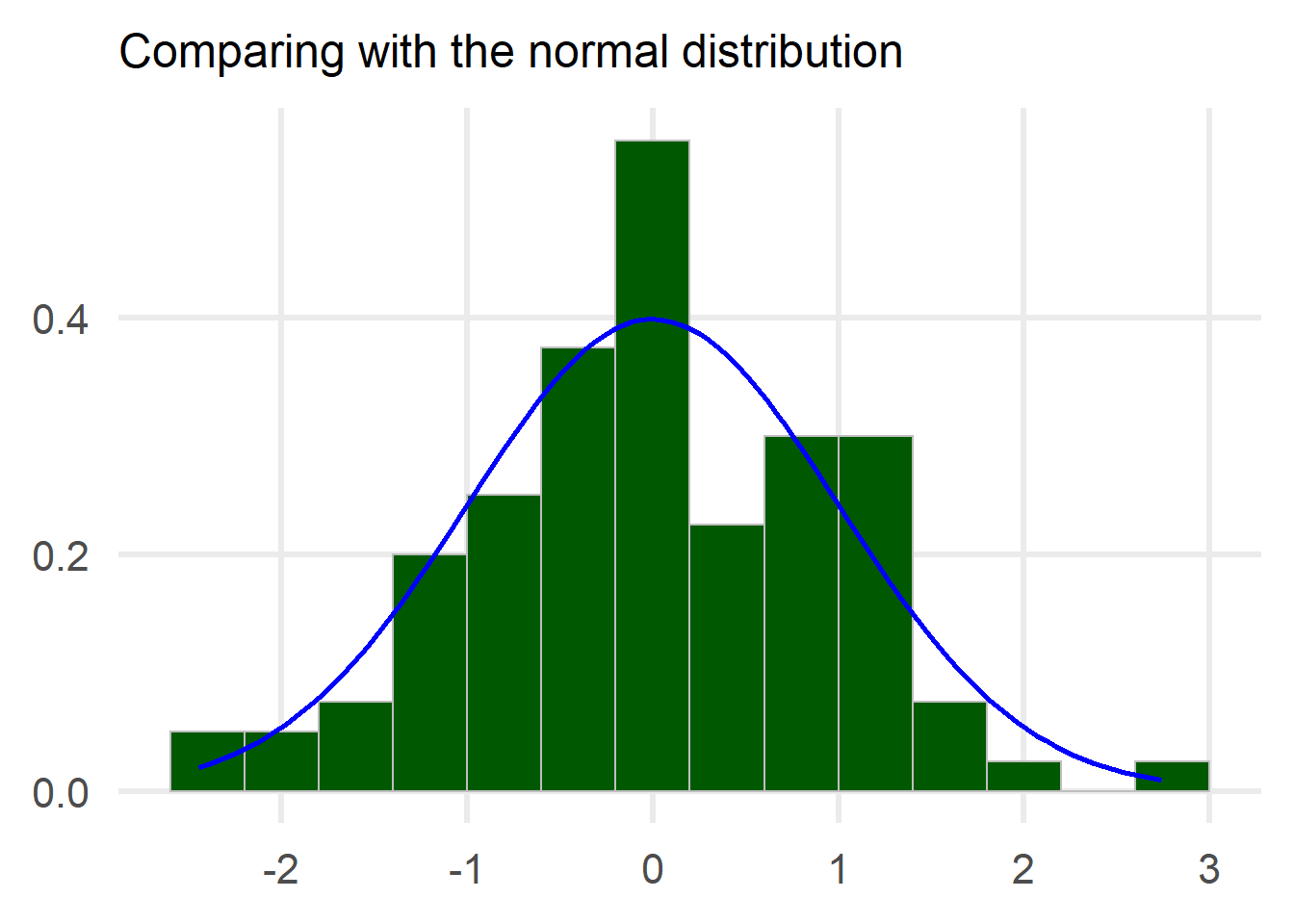 Hooray!! We managed to establish a procedure with which we can compare to a normal distribution!! Let’s see now how the comparison looks like for various sample sizes / number of experiments. 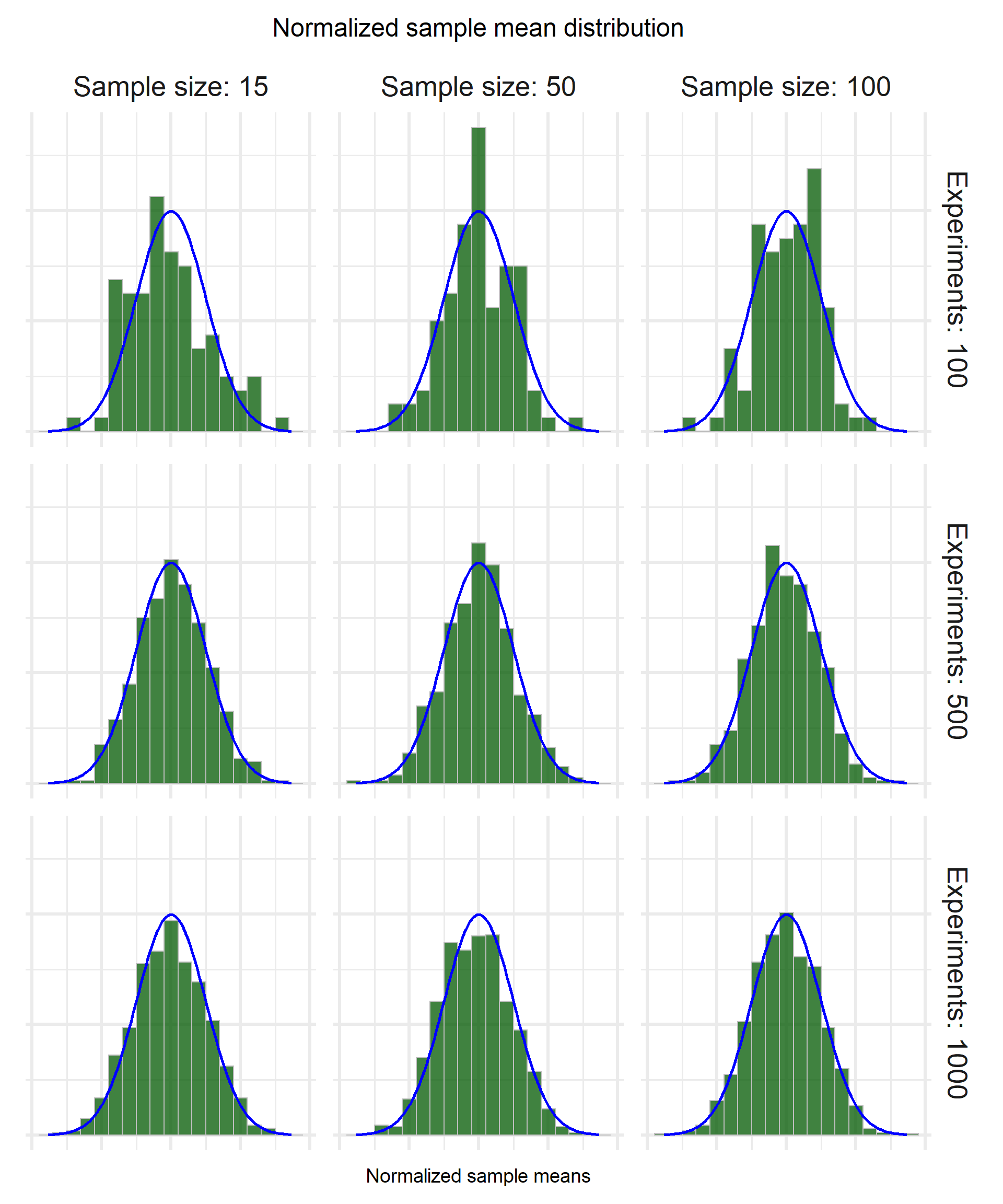 The second distribution we are going to use for exploring the Central Limit Theorem is the Poisson, with a value of λ=1. 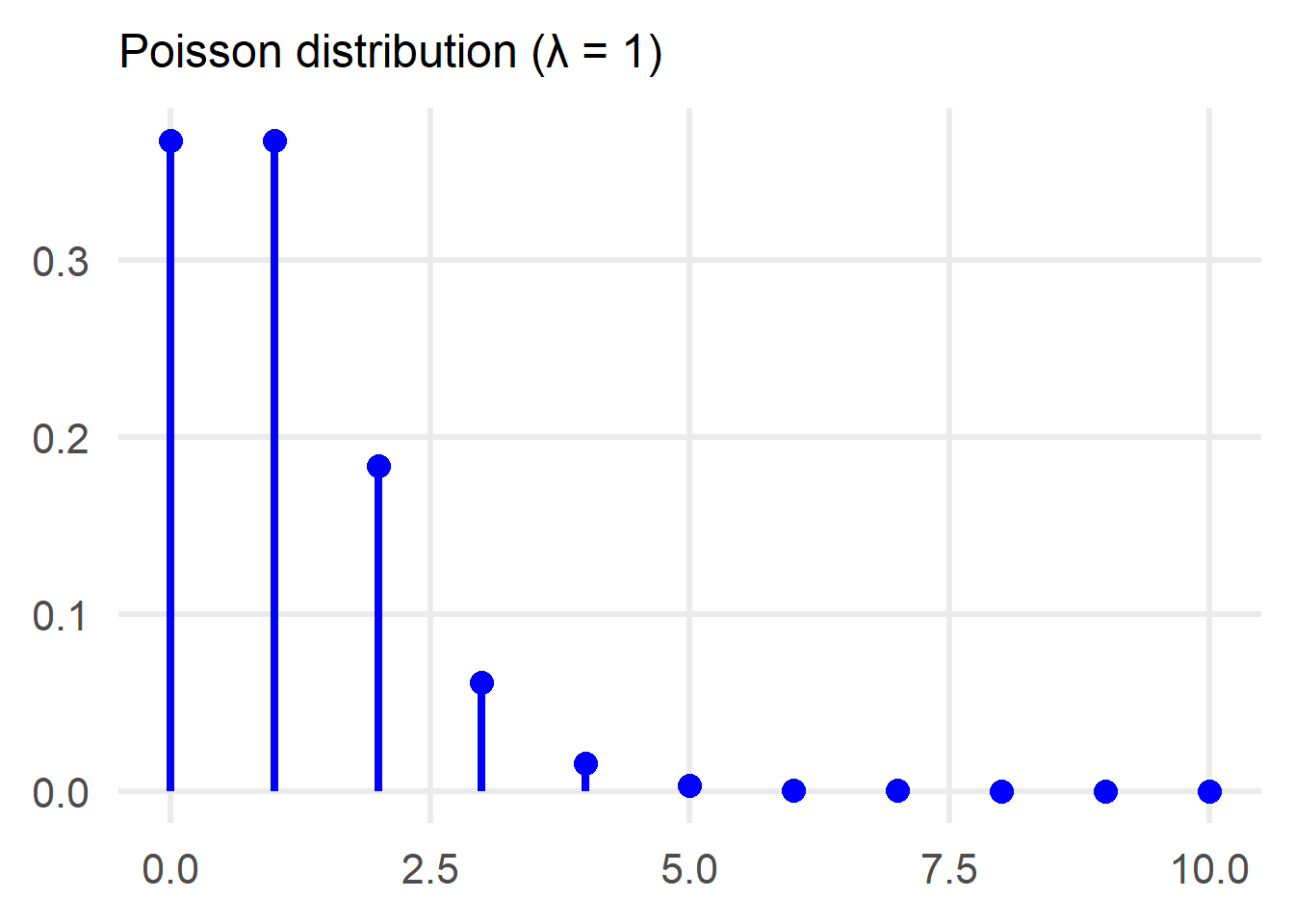 Once again we need the expected value and the variance of the distribution to proceed:

The process we follow is exactly the same as before, so I am going to skip straight to how the results look like by sample size/number of experiments. 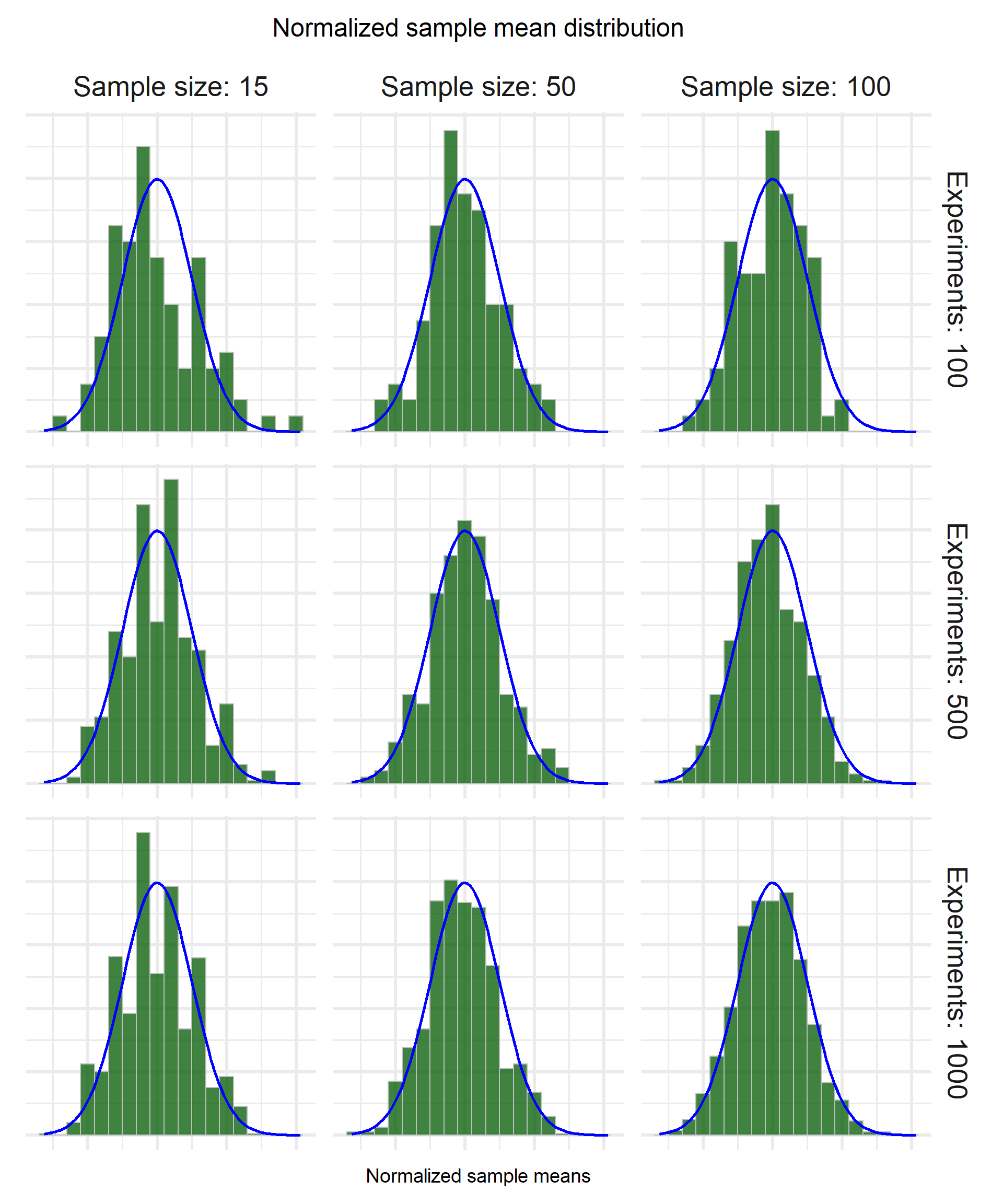 Why is this cool?

The Central Limit Theorem allows us with very little prior knowledge of a distribution (mean and variance) to say things about the distribution of its sample mean. This is a very powerful result that we can leverage when trying to make estimates for the unknown distribution.
Or as Josh Starmer says: “Even if you’re not normal, the average is normal!!